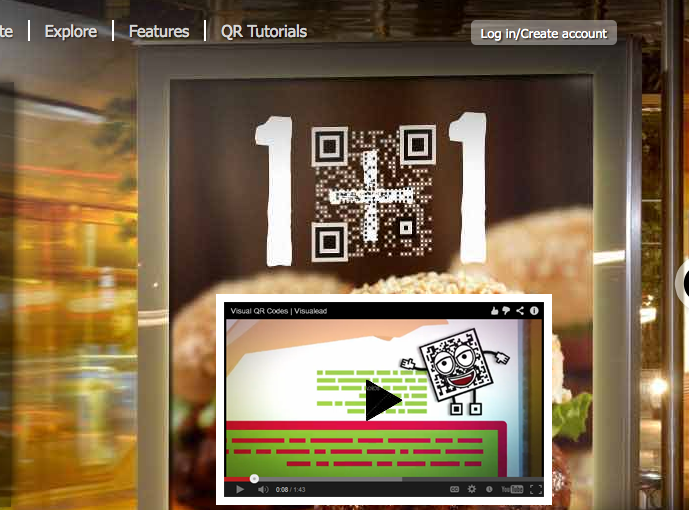 http://tinyurl.com/b7dwton
I wanted to share this website. It allows you to create interesting QR codes with pictures. I was able to use this website in an innovative way in a lesson that I used this week in my Algebra II class I prepare them for the HSPA. The HSPA has four clusters so prior to class I wallpapered the four walls of my classroom with various QR visual codes. The first QR code was of the irrational number “E” and it took my students to a pollsnack poll in which they had to identify which choice was an irrational number. The second QR code visual was an image of a trig ratios and it took the students to a linoit board where they had to answer a question about SOH-CAH-TOA. The third QR visual I made in the image of a high heeled shoe and the code took them to a recording in Educreations in which I presented the students with a problem about the measures of central tendency — requiring the students to take a screen shot and email it to me when they were done. The fourth qr code/visual allowed the students to go a Today’s Meet threadboard in which they answered a question about y=mx+b. The students really enjoyed the lesson because it got them out of their seats. I had two administrators in the room and they even got involved in the process. When one student was having trouble scanning the QR code on the window vice-principal even helped him my holding up the image. So I believe that everyone in the room was engaged in the learning process.